Disinterested, unmotivated and fed up - this is how one can sum up the mood of many French people a few weeks before the presidential elections of 2022. Neither the elections in general nor their own vote are of particular interest to them, they are simply fed up.  Yet the outgoing president Emmanuel Macron arrived five years ago with the ambition to reconcile the French with their political system and to improve their living conditions. How can we explain this astonishing gap between wishful thinking and reality? What political record can we draw from the Macron presidency after five years? And what indications can be drawn for the coming elections?

Emmanuel Macron started out as a dynamic hopeful with a liberal profile, beyond left and right. He wanted to advance Europe, strengthen the French Republic and democracy, eliminate social deficits, reform outdated socio-political laws and make the economy (more) competitive. He won many allies, especially in the centre of the political spectrum, but also in conservative and left-leaning camps. With La République en Marche, he founded a movement that has become a party, which a few weeks after the presidential elections obtained a majority in the National Assembly together with its partners.

However, Macron's term in office was overshadowed by events that had a decisive influence on his political agenda and have led him and the government to adjust its course or change direction. These include the Yellow Vest protests, the Islamist attack on teacher Samuel Paty and the coronavirus pandemic.

The decisive issue in the 2022 elections for almost half of the respondents in pre-election polls is purchasing power - a recurring theme in French politics and one of the triggers for the Gilets Jaunes movement. When the initially peaceful and decentralised protests escalated from autumn 2018 onwards, Macron withdrew a controversial law that would have caused an increase in fuel taxes and introduced le Grande debate national, a new form of political dialogue between politics and citizens. A similar format was introduced with the Convention citoyenne pour le climat, aiming to involve citizens in the climate transition.

Ultimately, the protest movement led Macron to soften his criticism of the socially disadvantaged and to announce a package of debt-financed measures for this group. These included an increased minimum wage, tax-free overtime and pension relief.  The Yellow Vests movement thus gave impulses for a change in political culture as well as social reforms that could have strengthened Macron's left-wing profile and increased the satisfaction of many people.

These decisions go against Macron's pro-economic line.  With measures such as the abolition of the so-called tax on the rich and the reduction of corporate tax, as well as his pro-establishment and pro-economy rhetoric, Macron has positioned himself rather to the right of the centre according to the traditional reading of the party spectrum. Especially left-wing voters perceived his programme as neoliberal and unsocial. Yet the reforms have improved the situation of a large part of the population, even if the most disadvantaged class has benefited the least.  It is therefore not surprising that almost half of the participants in a survey believe that France is worse off than it was at the beginning of Macron's mandate.

This - combined with the subjective dissatisfaction of many French - could have a decisive influence on the outcome of the 2022 elections. Still, studies have shown that 40% of satisfied voters could vote for Macron - among the dissatisfied, the probability falls to only 10%.

Yet, the raw economic figures seem to vindicate Macron and his liberal economic course, despite the effects of the coronavirus pandemic. Statistically, the standard of living in France has risen, unemployment, and especially youth unemployment, has fallen and economic growth has reached a 50 year high, at around 7%. However, the pandemic has delayed  the implementation of many of the measures originally announced as key reforms. For example, the issue of pension reform, which has been controversial for years, has been postponed to a possible second term of Macron. Similarly, the reform of unemployment status was temporarily suspended due to the harsh economic consequences of the pandemic, but has now come into effect.

It is therefore unclear whether the positive economic developments mentioned, which were partly achieved at the cost of new high public debts, will be enough to (re)win over a demoralised electorate, as despite many economy-friendly reforms, key projects have remained unfinished. Added to this is the fact that a growing group of the population, which initially expressed its dissatisfaction with politics in the Gilets Jaunes protests, has grown into a movement in which different unsatisfied groups have come together, from opponents of vaccination to critics of the system. These citizens have turned away from established politics to such an extent that even a protest vote for the established extremes does not come into question for many; at most, some of them might give their votes to the surprise far-right candidate Éric Zemmour.

As far as socio-political themes are concerned, liberal-left as well as  conservative standpoints were put forward. For example, the right to parental leave for fathers was doubled to two months and the issue of medically assisted reproduction was addressed in a new and progressive way.  However, the controversial law against religious separatism, introduced in the wake of the attack on teacher Samuel Paty, has at least some critical undertones towards Islam and is also criticised for mixing security and religious policy issues. With the change of prime minister from Edouard Philippe to Jean Castex, more conservative standpoints have been introduced, leading some observers to attribute a turn to the right to Macron.

Thus, at the end of his first term, the record is ambivalent. Ambivalent in terms of political classification, as indeed left-wing as well as conservative commitments have been made. Ambivalent also in terms of results: some electoral promises have been implemented, others have remained unfulfilled; the economy and some citizens are better off, but other people and the state budget are not benefiting. However, the opinion of many French people about their president in the polls is clear: they are very disappointed. It is true that three quarters of voters in the centre say they will definitely vote. However, it is not known whether they will vote for Macron again. Moreover, it is not clear if Macron’s economic and progressive record will be enough to recover lost voters, especially on the left, or to compensate them with votes from other camps. 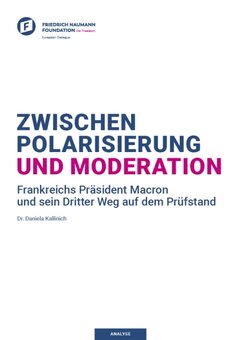 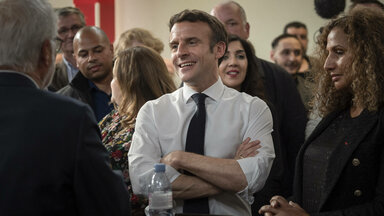