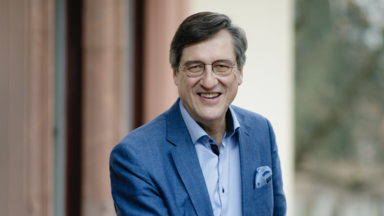 Chairman of the Board of the Friedrich Naumann Foundation for Freedom

Karl-Heinz Paqué studied economics in Saarbrücken and Kiel, Germany, and at the University of British Columbia, Vancouver, Canada. After a research stay at the Center for Study of Public Choice, Blacksburg (Virginia), he earned his doctorate in Kiel and worked for several years at the university there, most recently as scientific director and professor at the Institute for World Economics. After his habilitation, he took over the chair of economics, especially international economics, at Otto von Guericke University Magdeburg in 1996, a position he still holds today. From 2002 to 2008, he was a member of the Saxony-Anhalt state parliament for the FDP, from 2002 to 2006 as the state's finance minister, then as FDP parliamentary group chairman. He returned to the university in 2008 and was dean of the Faculty of Economics until March 2018. He received an honorary doctorate from the University of Miskolc in Hungary in 2012. From May 20th , 2017, to November 2018, Professor Paqué served as vice president of Liberal International. He has served as Vice President since November 23, 2018.