The Friedrich Naumann Foundation for Freedom supported and funded a media-monitoring project as part of a large election observation mission by CRTA (Center for Research, Transparency and Accountability), an NGO that has been active for years and has acquired extensive expertise in this field.

The project focusses on a detailed analysis and assessment of election-related media coverage and the (equal) representation of election candidates in the media, including the identification of possible cases of political bias and violations of standards of truthful objective reporting. One of the main results of this project is that a brief flicker of supposed *media pluralism” was rather artificial and due to the awareness of international observation. It was not the result of democratic conviction and did not follow the self-image of being committed to journalistic standards and reporting in the public interest.

The data included in the Final Report on Media Observation, conducted by the CRTA observation mission, show that television stations with nationwide coverage achieved only a semblance of pluralism and a balanced presentation of different political options during the election campaign. This is at least some progress compared to the pre-election campaign period, when there was virtually no pluralism in the media landscape.

Post-election data also suggest that some political diversity in the media was intentionally created only for the period of the official election campaign by introducing the so-called election “blocks”, which allowed for the greater presence of the opposition in the programme content. However, in the regular news programmes, which are crucial for ratings and influence, the dominance of the governing parties, remained.

During the whole period of media observation (before the campaign, during the campaign, and after the elections), a neutral or positive tone was used to report on the governing parties, while a negative tone prevailed for the opposition parties in the pre- and post-election periods.

Regular news programmes featured the government’s achievements and criticised the opposition, while the time-limited election blocks served to fulfil only formally the obligation to represent opposition actors.

There were noticeable differences in the representation of opposition parties of different orientations – traditionalist and conservative parties were more often represented positively than negatively, while the opposite is the case for the more progressive opposition parties.

The data show that RTS 1, a public broadcaster, and TV Prva provided the most balanced coverage of political actors during the election campaign. TV B92, TV Happy and TV Pink were at the forefront of biased coverage in favour of the governing parties.

Two narratives dominated the election campaign: one concerning Serbia’s economic progress and rising living standards, the other the war in Ukraine. The Serbian Progressive Party insisted on messages about the better economic situation of citizens and used the war in Ukraine to present itself as a guarantor of the country’s stability and security. Its coalition partner, the Socialist Party of Serbia, based its election campaign on a commitment to strengthening relations with Russia and a firm stance on Kosovo as an inseparable part of Serbia. The right-wing opposition parties focused on defending national identity, but also advocated closer relations with Russia, a move away from European integration and an intransigent stance on Kosovo. The more progressive opposition parties stuck to issues such as ecology, the economy, and the problems of local communities. 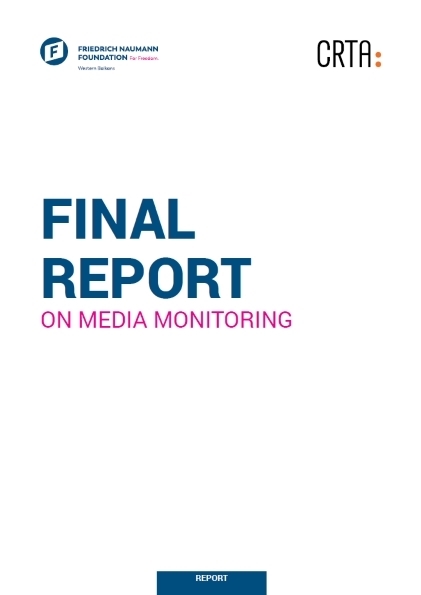