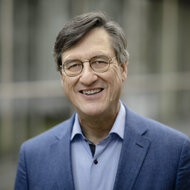 The fast development of a vaccine demonstrates that innovation is not an accident, but rather a system question.