While a legal protection framework for LGBTI communities is in place in Georgia, Serbia and Bulgaria, the implementation of these laws remains relatively weak, which leads to a lack of social acceptance. There is still a strong need to improve social perceptions and to implement public programs geared towards changing public attitude towards LGBTI persons. In all three countries, activists unfortunately face the same challenges: despite the governments’ strong desire to integrate into the European Union, the political will of national and local authorities to improve the situation of the LGBTI community is weak. This is often coupled with strong anti-LGBTI influence and rhetoric exercised by Russian authorities, including the Kremlin and the Russian Orthodox Church and disseminated through political and media channels to local audiences in Georgia, Serbia and Bulgaria.

Interviews with activists from all three countries reveal that all three Prides share the same goals: Firstly, a Pride should act as a political instrument. Secondly, there is a need to increase the visibility of the community and raise awareness for the problems it faces, which are mainly political in nature like the right to marry, to adopt children or to gain gender recognition. All interviewees divided the challenges the LGBTI community is confronted with into two main categories Legal aspects and social perception. While laws protecting LGBTI people are formally in place, the lack of societal acceptance of LGBTI people in all three countries is of greatest concern.

The mass media plays a major role in the formation of social perceptions and opinions and unfortunately, many mass media outlets still use their platform to ridicule LGBTI activists or Prides by creating stories based on fake interviews or misinterpretations.

In 2019, Prides took place in all three countries, but they varied widely in how they were conducted. While Tbilisi held its very first Pride, with just 20 participants and faced with the challenge of striking a balance between safety and visibility, 2.000 people participated in Belgrade’s eighth – and sixth consecutive – Pride. Famous pop-stars took to the stage and amongst the participants was the Prime Minister Ana Brnabić, who is still not actively supportive of the LGBTI community despite being the first openly gay person to hold that office. In Sofia over 6.000 people marched in the city’s twelfth Pride.

What activists in all three countries share are the conditions they face. These include a small number of active people, limited acceptance of the LGBTI community by the rest of society, the governments’ lack of political will to improve the situation, the activity of conservative groups, including the Orthodox Church, a lack of funding, and Russian influence, which generously finances organizations that promote traditional family values. 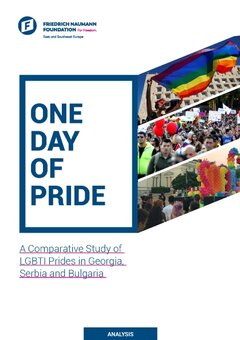 Tbilisi Pride, Belgrade Pride and Sofia Pride – these three events represent a huge step forward for the lesbian, gay, bisexual, transgender and intersexual (LGBTI) people in Georgia, Serbia and Bulgaria. The Friedrich Naumann Foundation for Freedom supports Prides all over the world because they draw attention to the human rights situation of LGBTI communities and are an effective and visible instrument for civil society.
Read more in our Comparative Study of LGBTI Prides in Georgia, Serbia and Bulgaria. 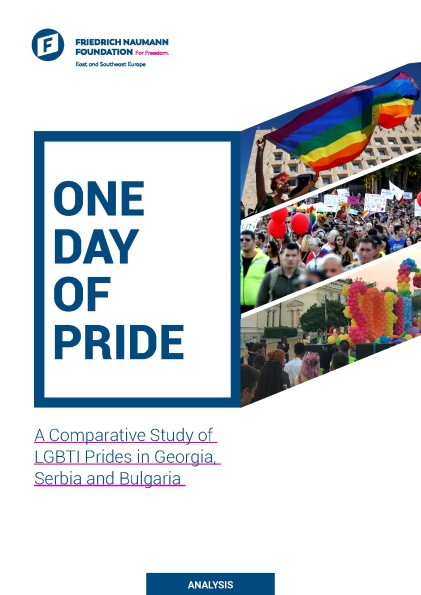